PUT A SOCK IN IT! 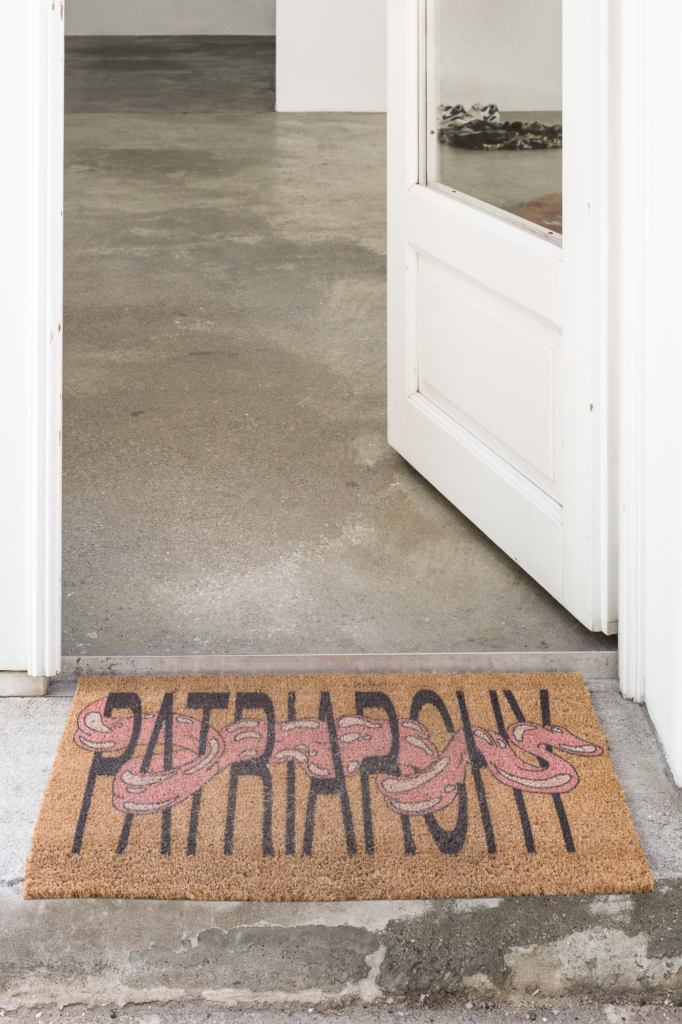 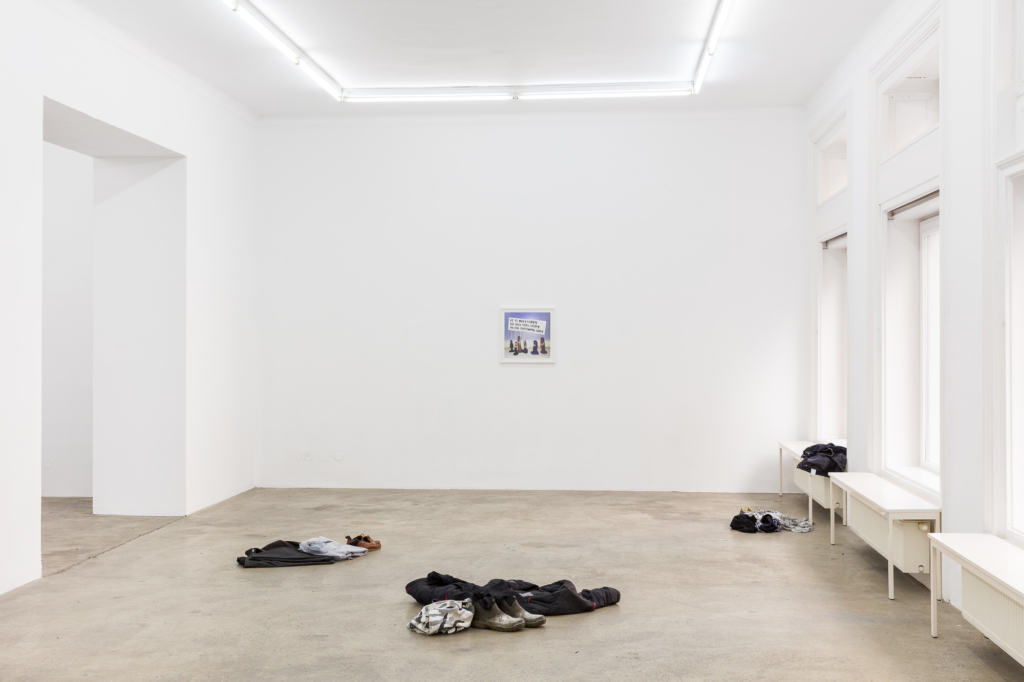 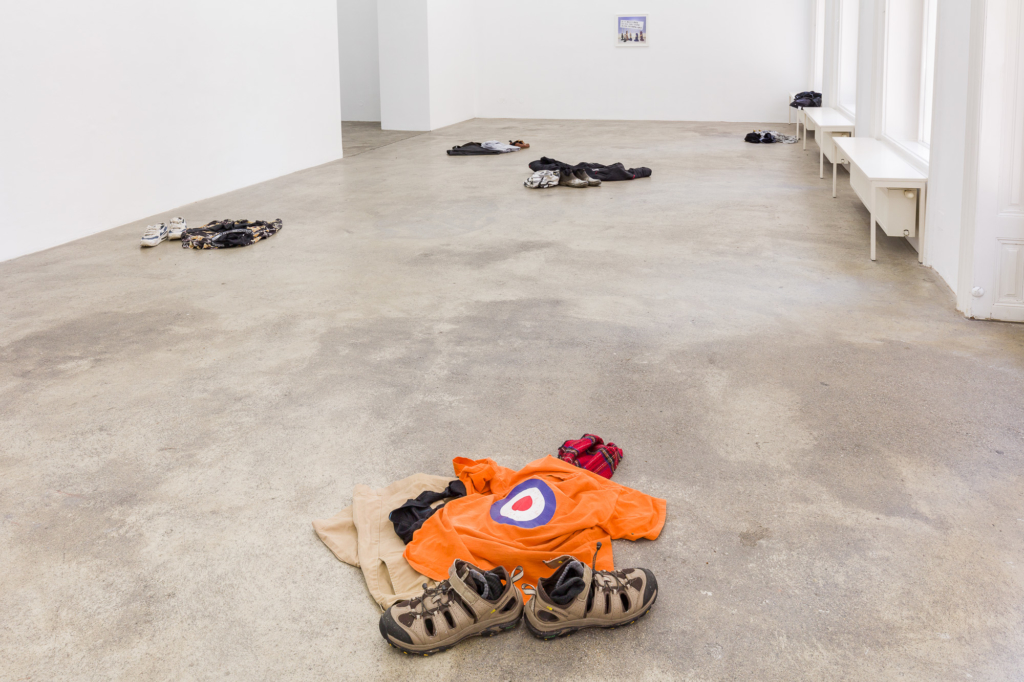 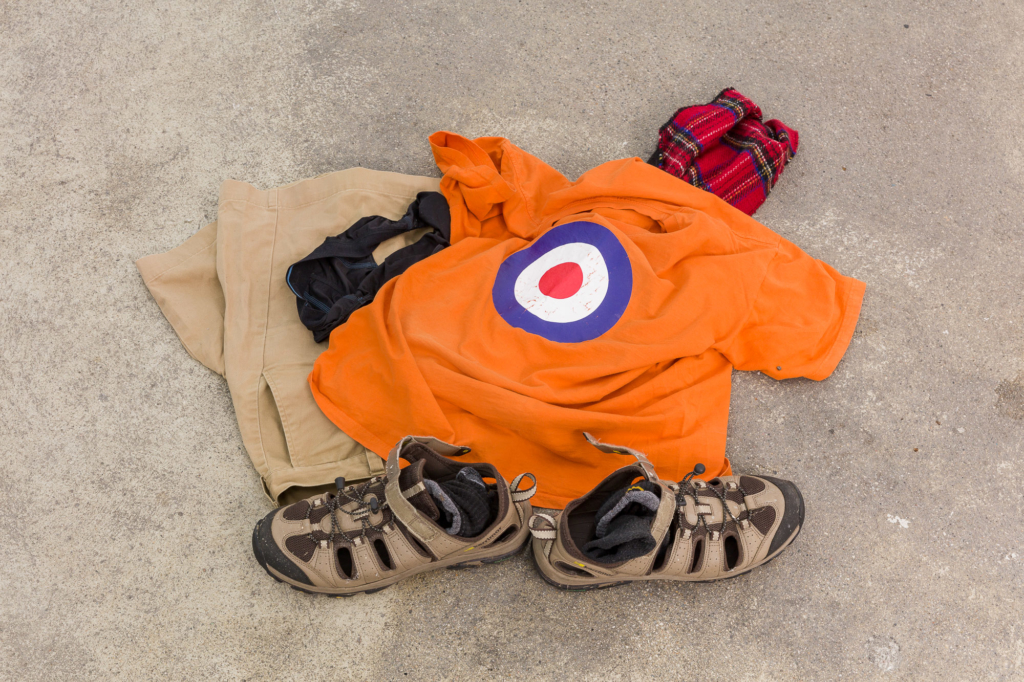 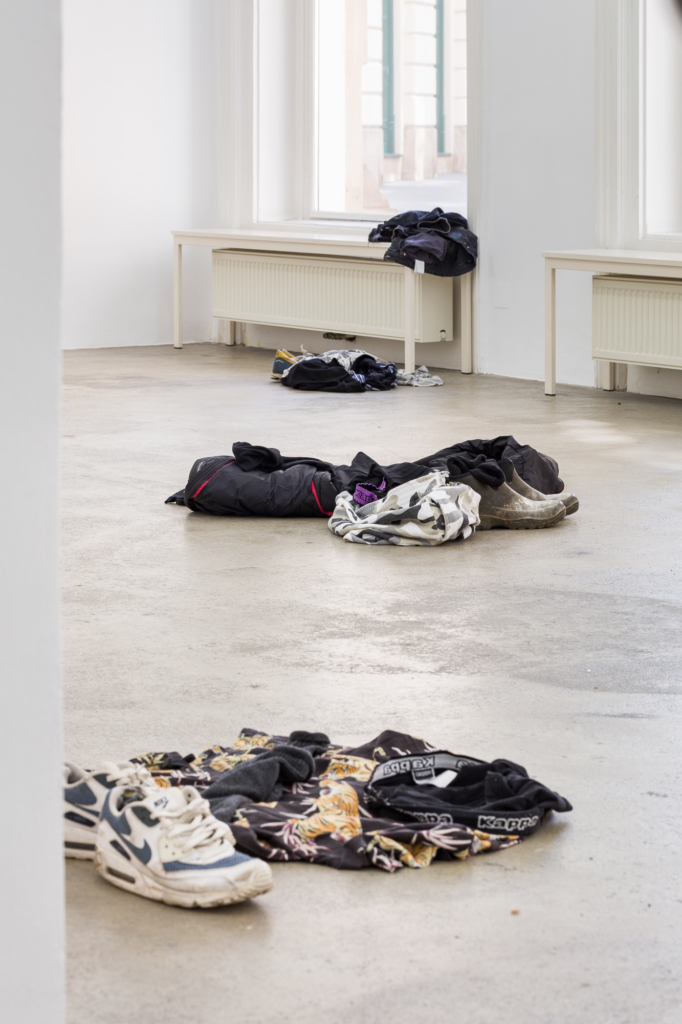 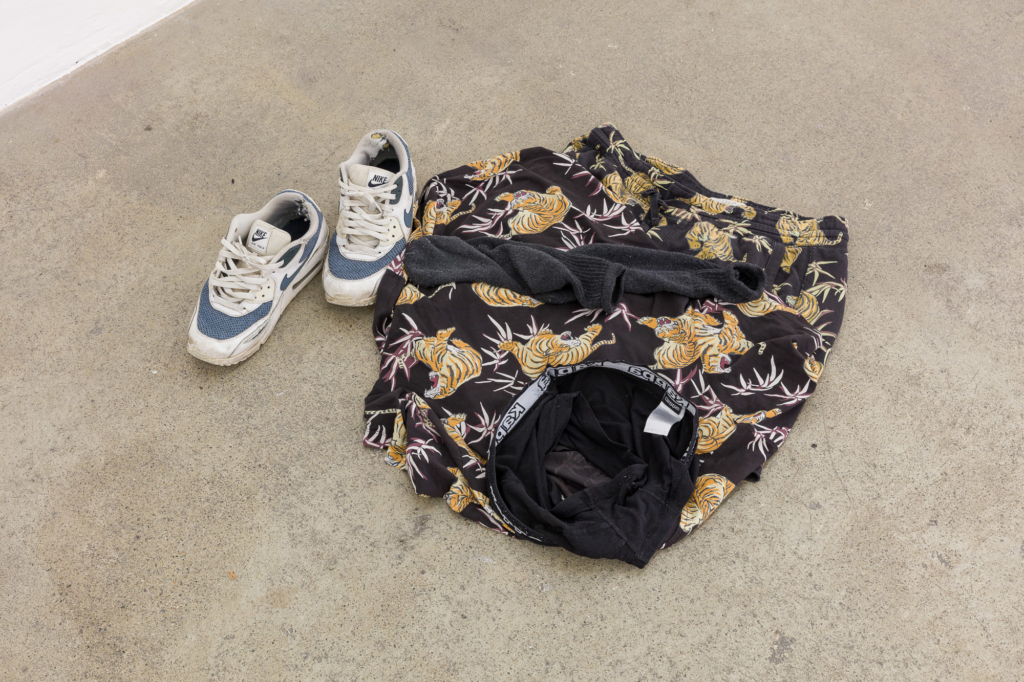 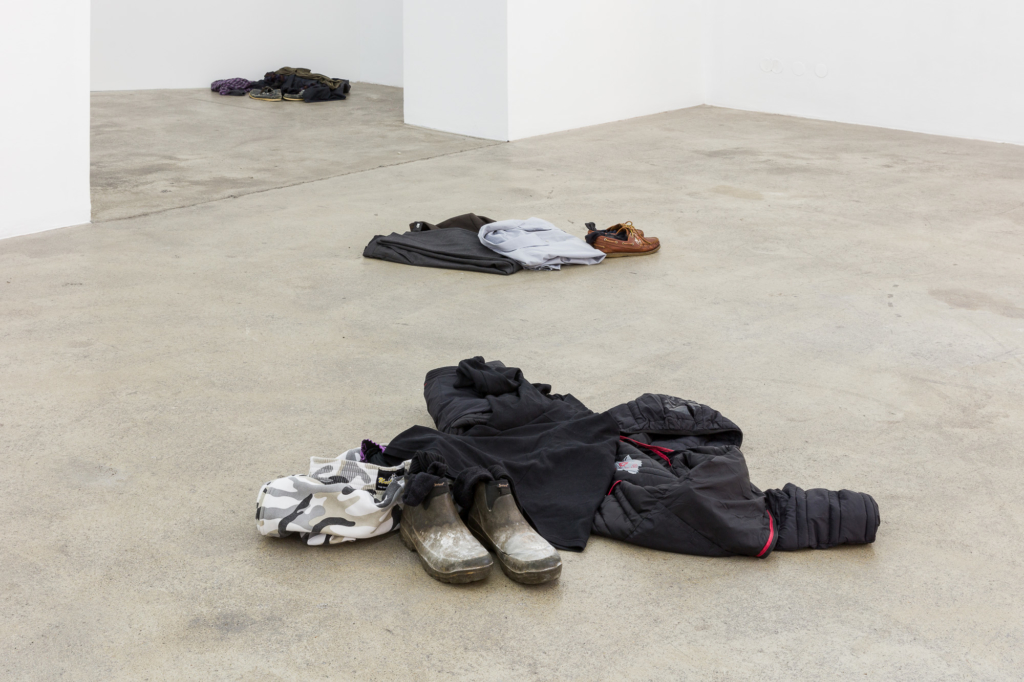 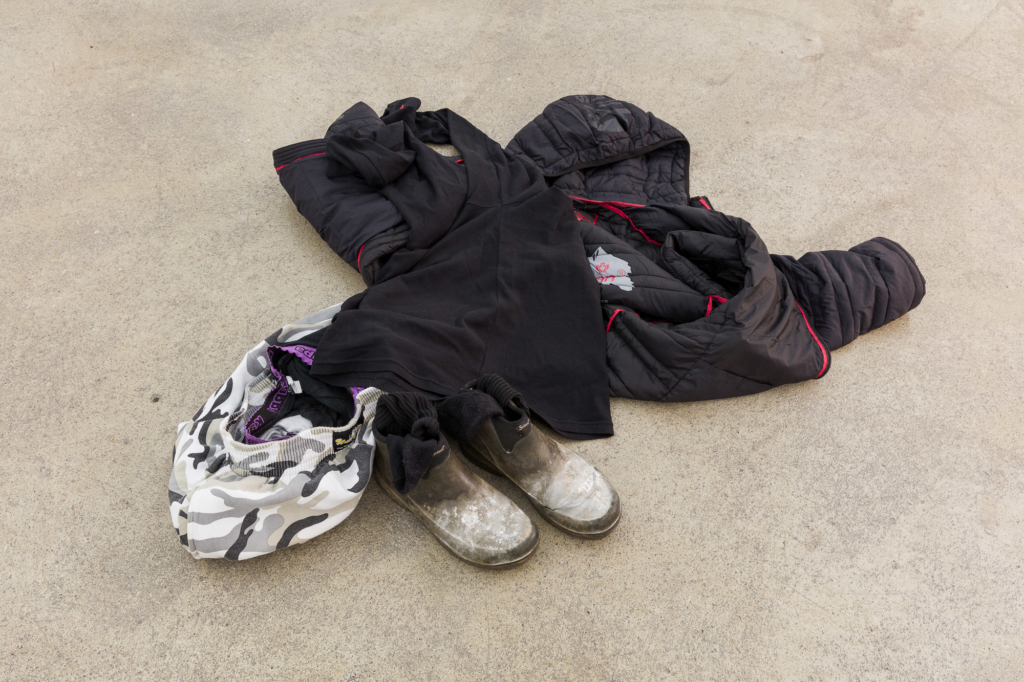 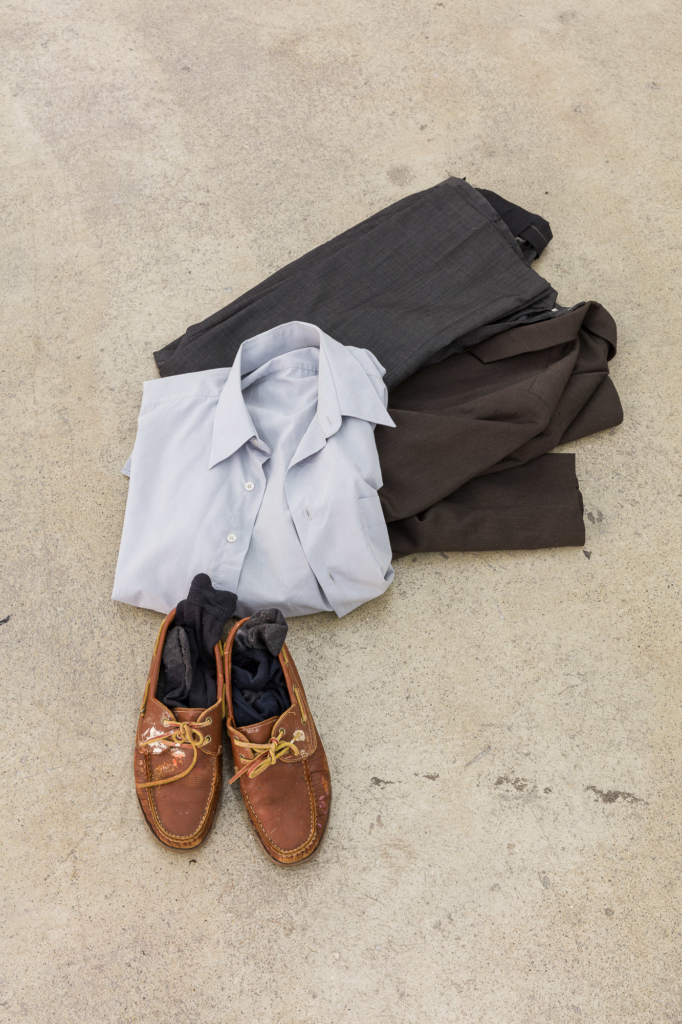 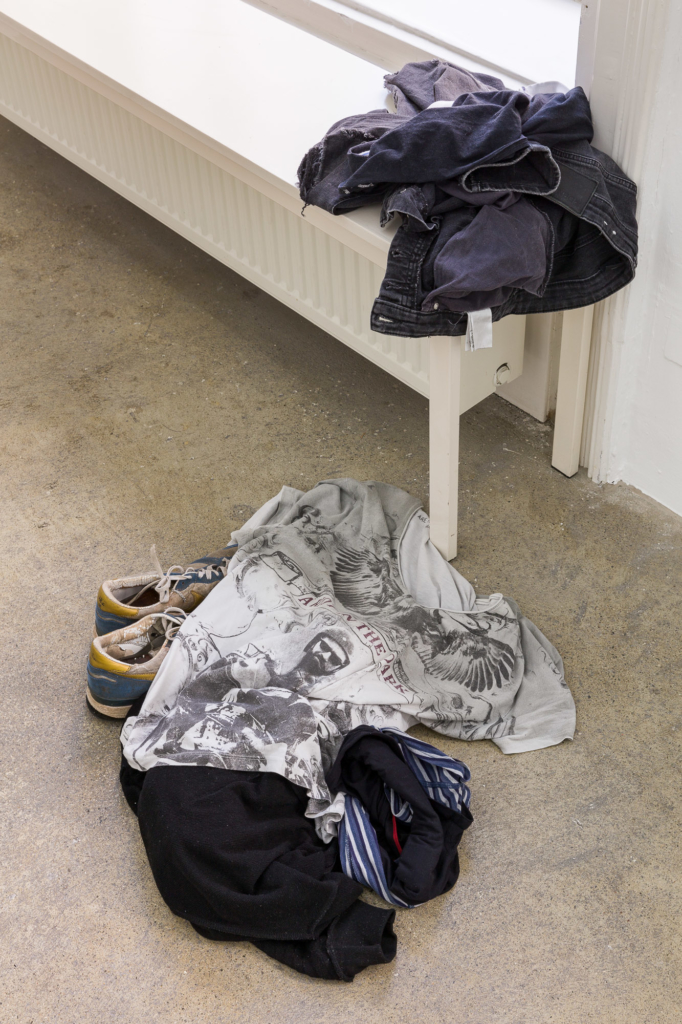 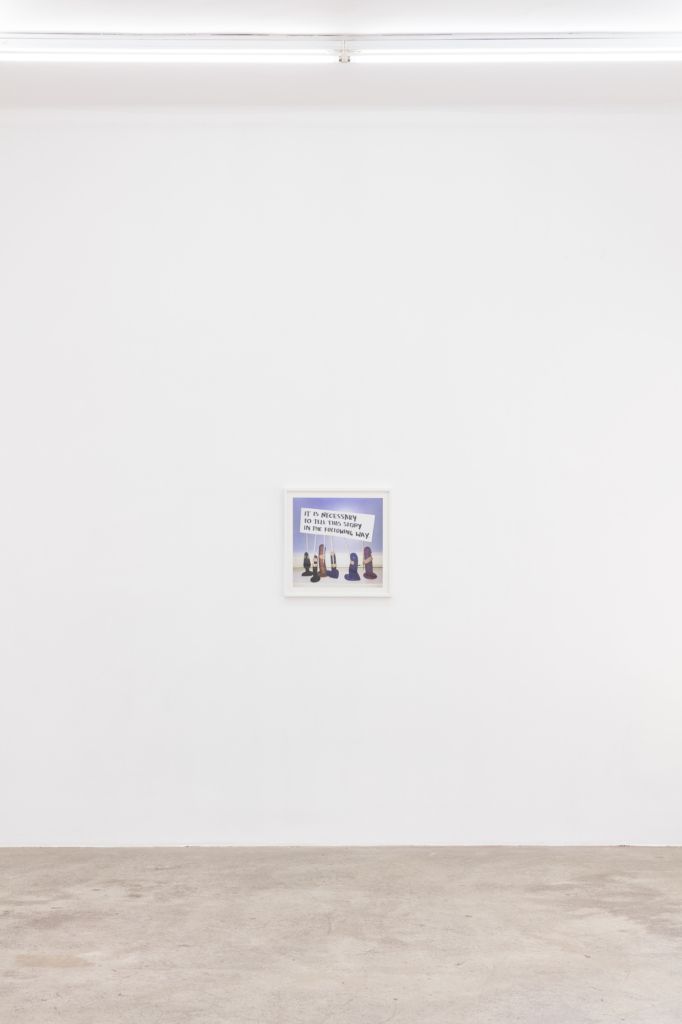 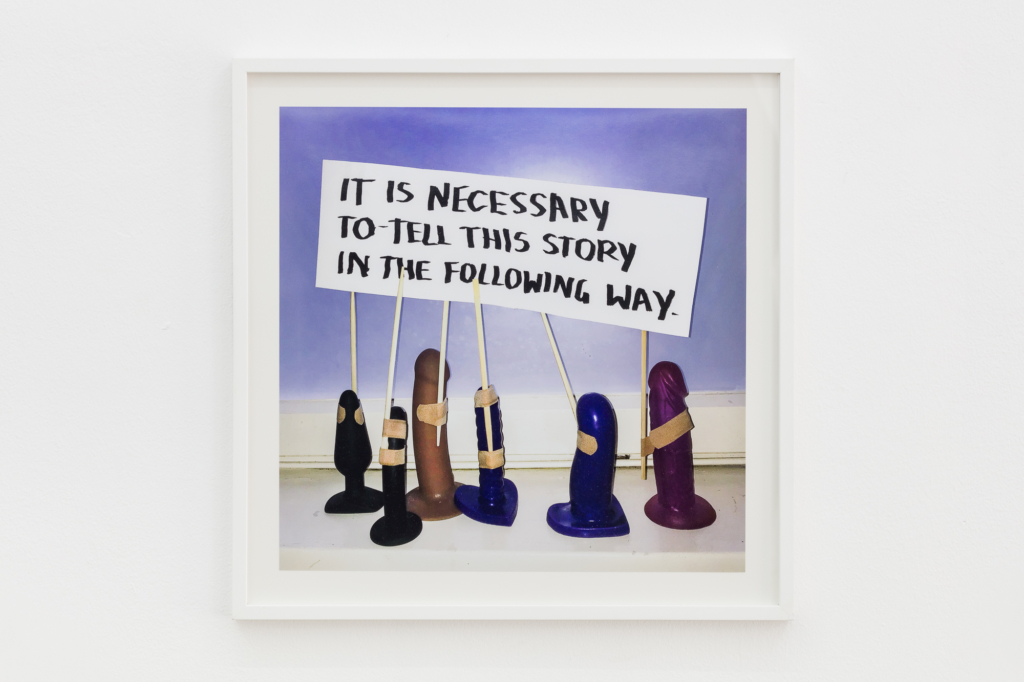 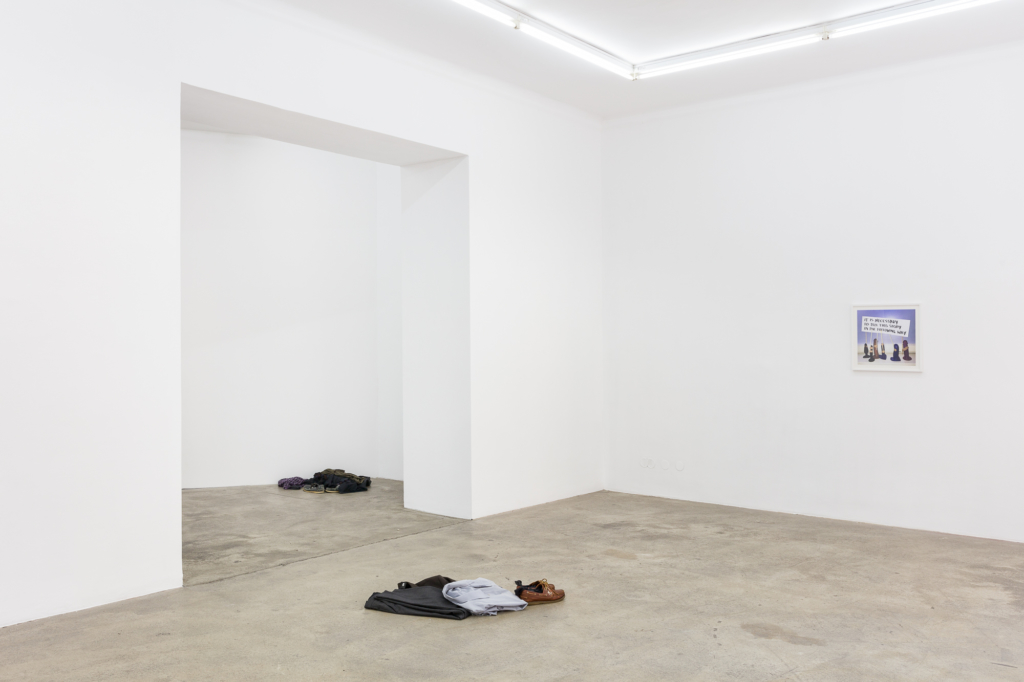 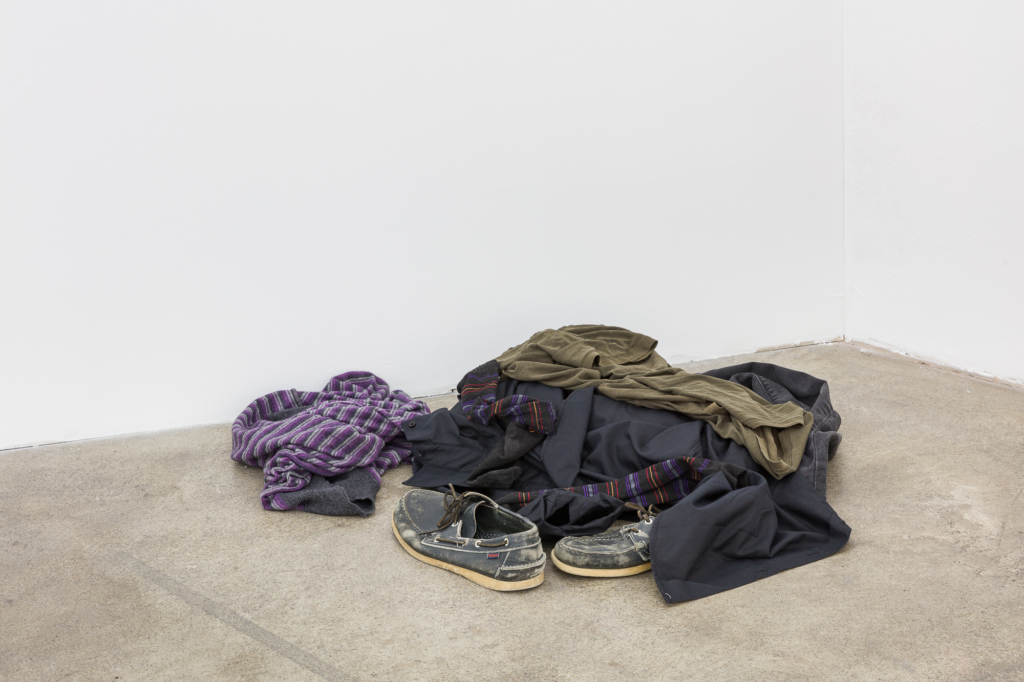 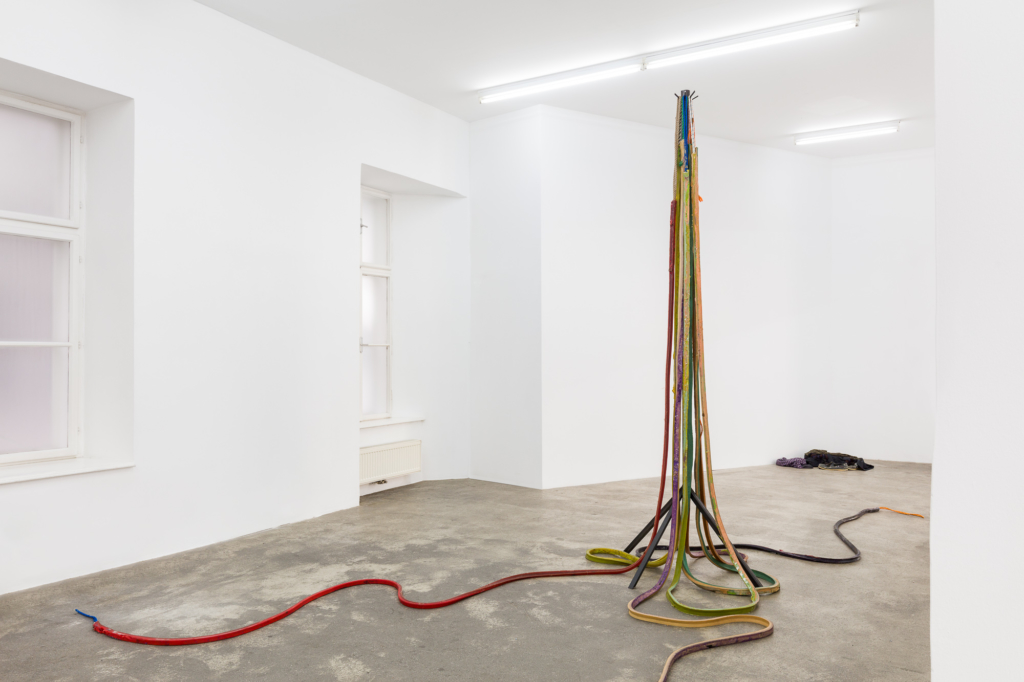 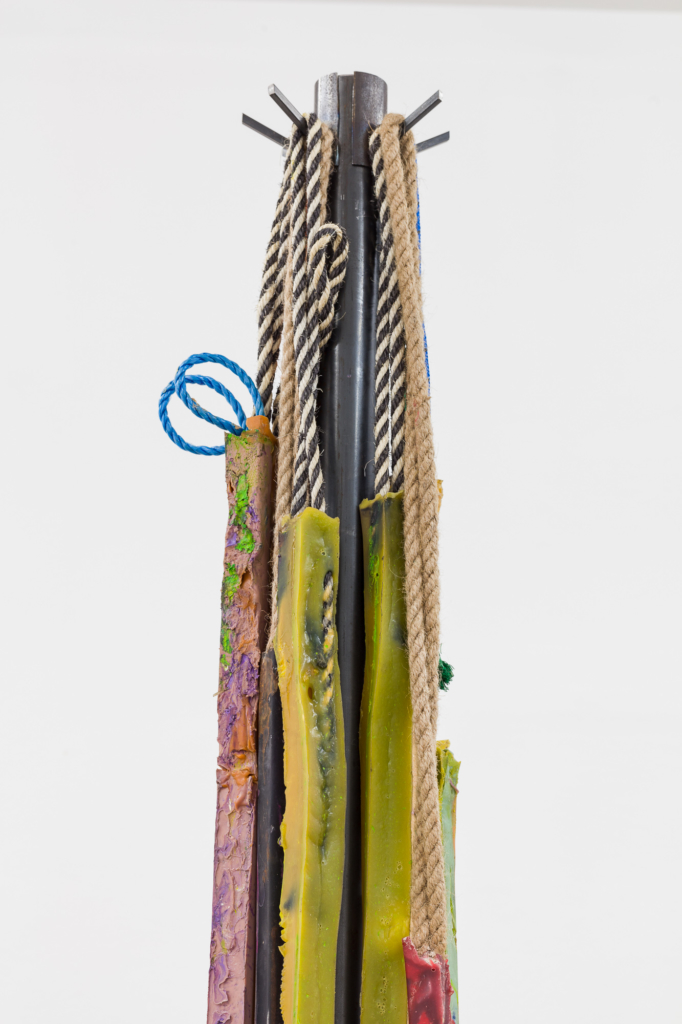 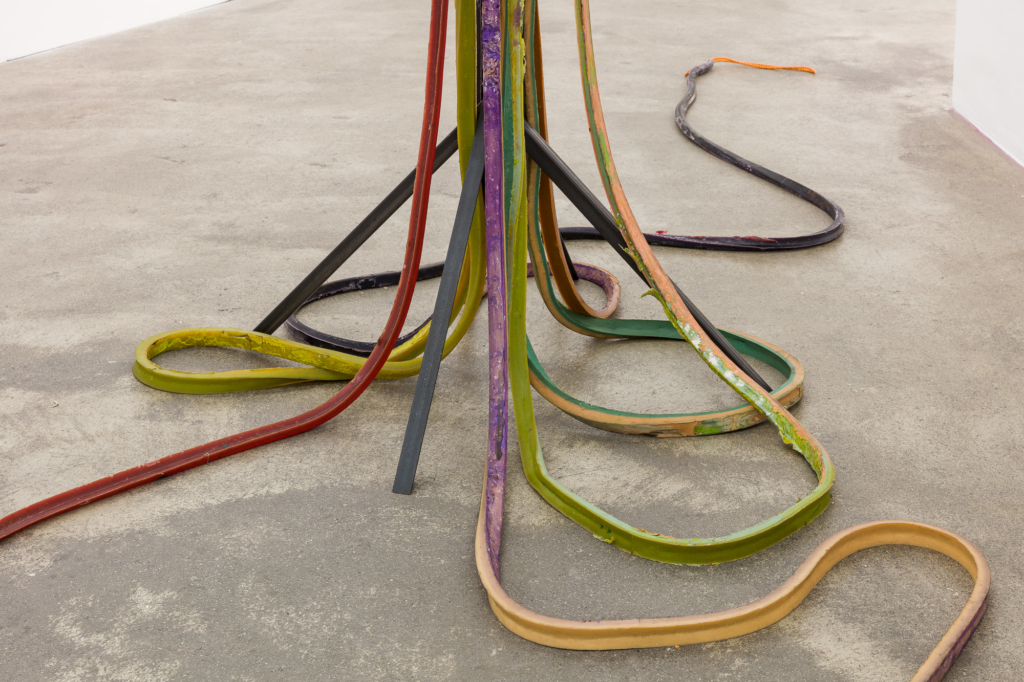 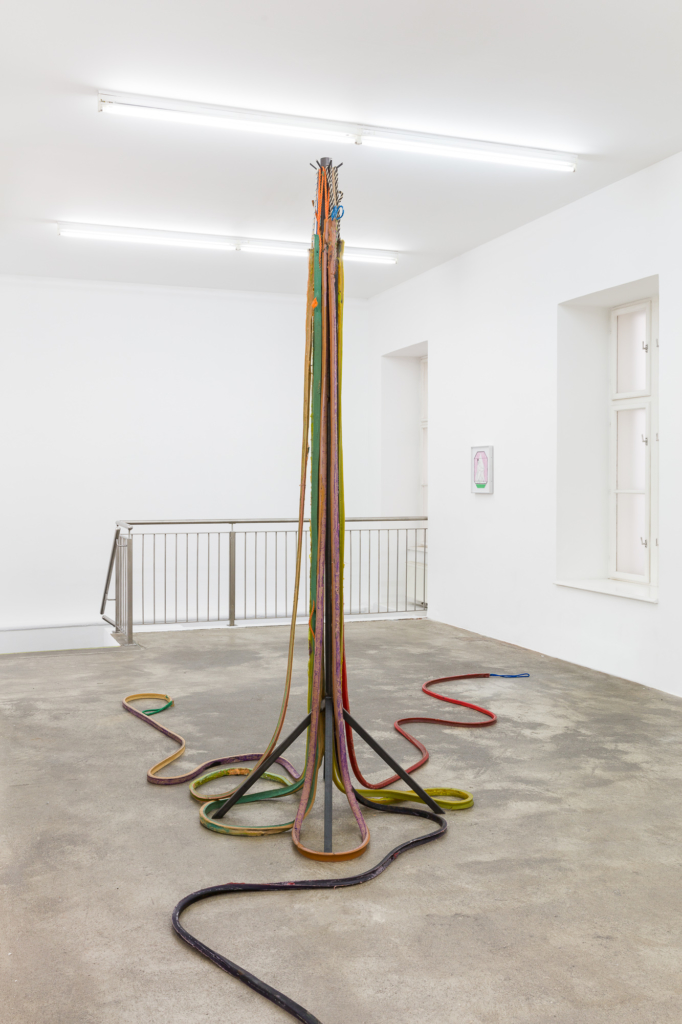 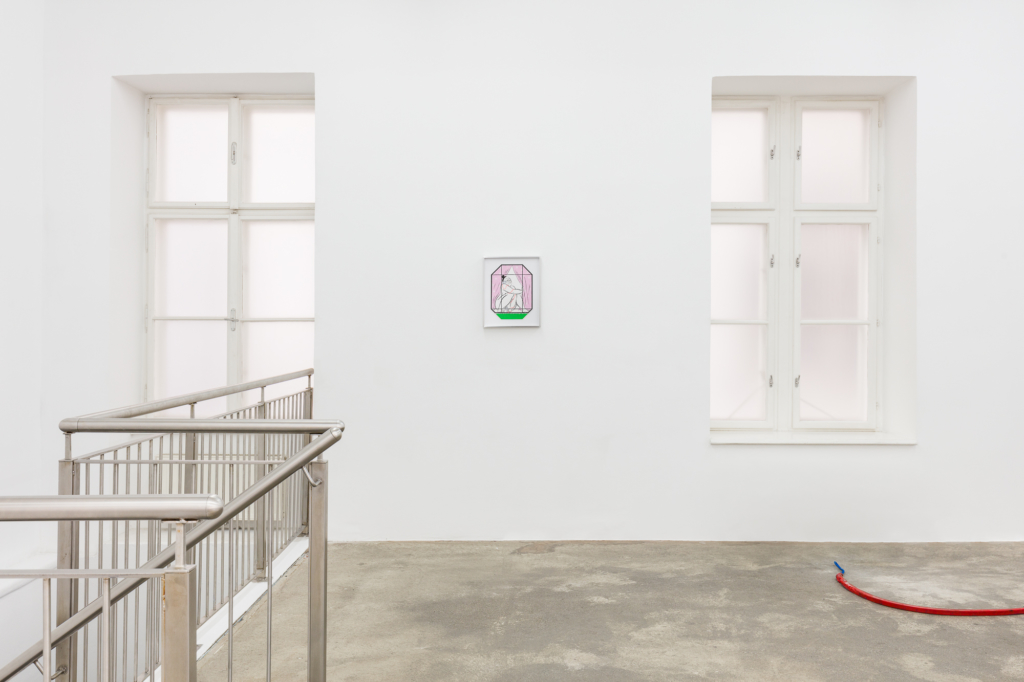 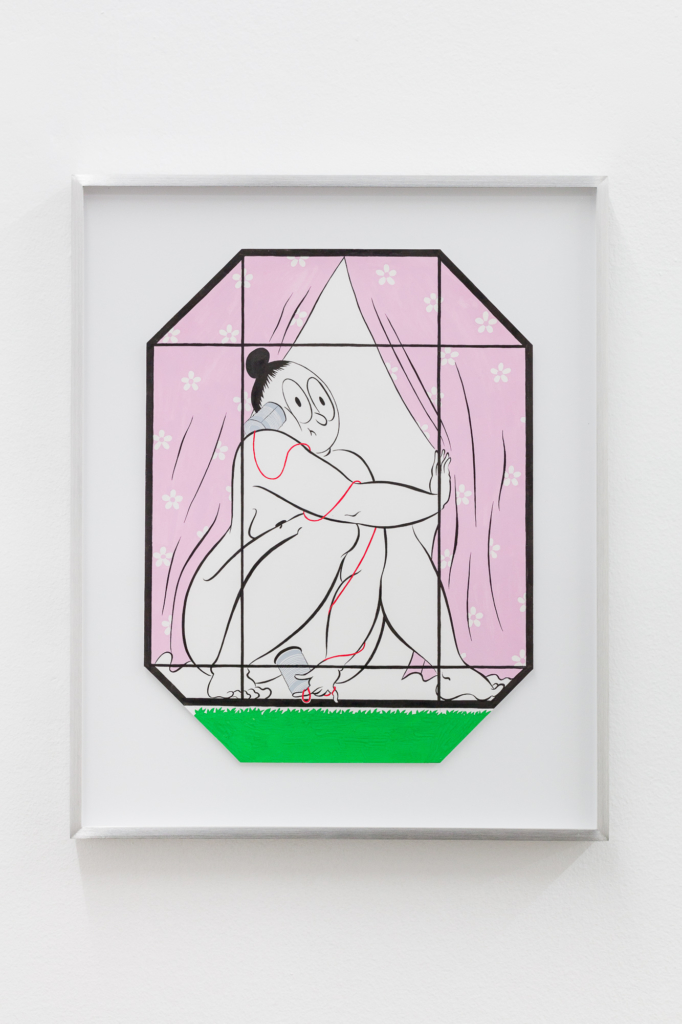 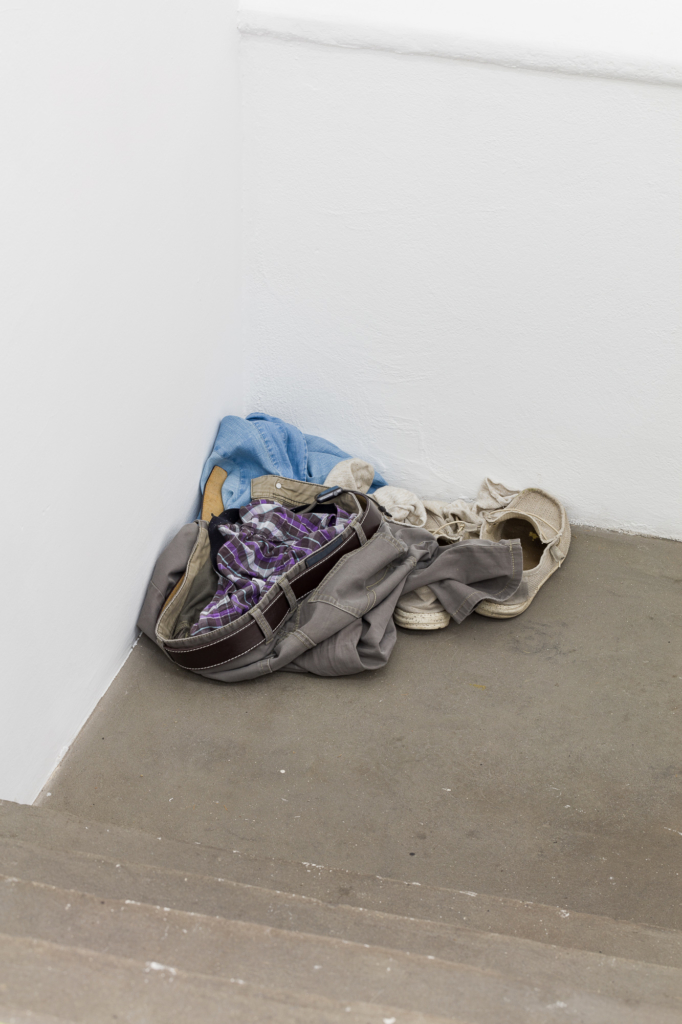 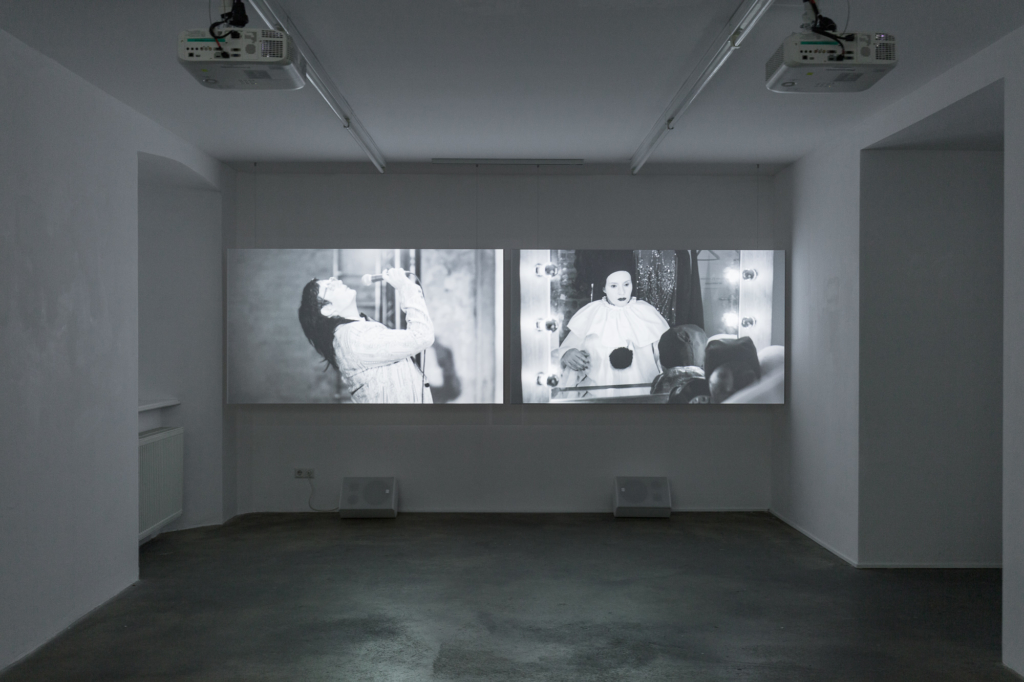 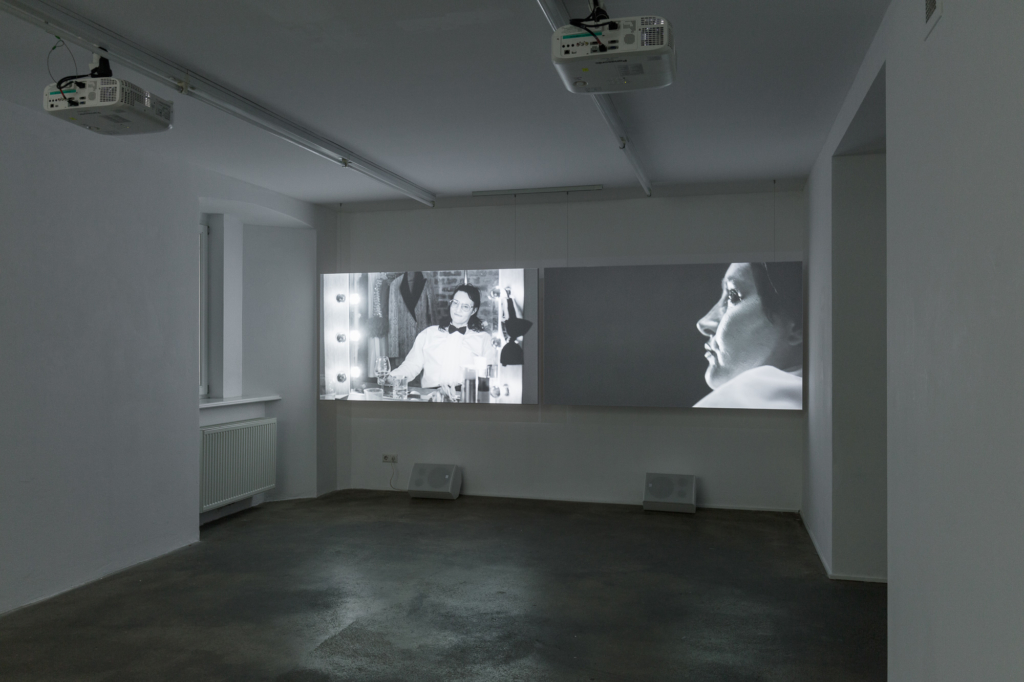 PUT A SOCK IN IT!

“I love to laugh at men,” Reba Maybury told me the first time we chatted on a video call. “It’s one of my favorite things to do.” Maybury is an artist who also works as a dominatrix. Her art is often produced by her submissive white male clients. Men are her medium and the sculpture series Used Men (2021) is no different. It is made up of various piles of clothes that these men took off in the gallery space on the artist’s command. They are spread across the floor, at times folded, at others just an untidy heap of fabric and a pair of ugly shoes. Only a flaccid shell of a body remains. One could say this sculpture is actually a performance, leaving unnamed white men naked inside the white cube. Something and someone to laugh at.

In their essay “Comedy has Issues” (2017), Lauren Berlant and Sianne Ngai write that comedy tests the relationship between pleasure, authority, and judgement. Comedy exists within structural hierarchies that define who and what is considered or allowed to be funny or what is seen as humorless. They state that if you have structural power, assuming a position of sovereignty, your humorlessness increases both your value and your power. At the same time, those who have less privilege are asked to not be humorless. The less privileged therefore become the problem when naming it (even when joking) — what Sarah Ahmed called a feminist killjoy.

The title, PUT A SOCK IN IT!, came up in reading about Adrian Piper’s series of works from the 1970s Catalysis. In the black-and-white photographic documentation of Catalysis IV (1971, not a part of this show), Piper is seen sitting in the back of a bus with a white towel stuffed in her mouth, her cheeks bulging. Piper has described these works as existing as catalytic agents between herself and the viewer, supposed to function solely as mediums of change in which both the significance and experience are defined completely by the viewer’s reaction and interpretation.(1) In an interview with Lucy Lippard from 1972, Piper acknowledges that the work as a product is linked to her as an individual and because she is a woman that plays a role as well.(2) “You know, here I am, or was, ‘violating my body.’ I was making it public. I was turning myself into an art object.”(3) To me, these works are highly comedic, defiant, witty, and devastating at the same time, still pushing urgent questions about what is considered socially acceptable, who is allowed to speak up, and why one is told to put a sock in it. Their comedic undertone is conspicuous I feel it is often overlooked. This is pre–feminist killjoy comedy (or humorlessness) in spirit and at its best.

There is no dominant order in Liesl Raff’s Liasions (2021). These long latex sculptures, shaped like soft noodles more than anything else, bump and rub against each other without fighting to be top dog. They are cast and infused with different colors, then strung, draped, or wrapped around a frame. From afar they look hard, like metal. Up close they are playful and have a rubbery, skin-like texture. Their natural state seems to be one of shapeshifting, of being however they please, when they please, despite our expectations of what they should be — in a metaphoric or imaginative sense they are tricksters. Feminist ones.

Coming from a desire to explore life without constraint or shame, Ebecho Muslimova’s Fatebe is a funny, bold, and sexually liberated character, who the artist developed in high school. Fatebe started as a joke but also as a tool to make sense of deeply rooted feelings and fears. In drawings and paintings, viewers are invited to live vicariously through Fatebe, who uses her voluptuous naked body to explore herself and her surroundings with mischief on her mind. Joking is part of her persona but the humor is not all fun and games.

In the black-and-white two-channel video installation Acts of Improbable Genius (2021) by Melanie Jame Wolf, the artist conjures two archetypical white male comedic tropes and brings their ghosts into the present. On the one hand there is “Stand Up Ron,” fashioned in a deluxe tuxedo with cumber band and mullet; on the other, the mute and sad clown Pierrot in white face and suit exuding an air of helplessness and naivete. Performing in drag and lip-synching to her own monologue, Wolf unpacks the ideological foundations of comedy. She implies an ethics to the craft, which she admits isn’t very funny but especially necessary when fascism is looming. Already a fluke while alive, Stand Up Ron doesn’t even know he’s the butt of his own sketch and his reincarnation does not redeem him — he remains someone or something to laugh at. Isn’t that what we call comedy? You either get it, or you don’t.

PUT A SOCK IN IT! explores the relationships between comedy, power, ethics, sexuality, and desire, coming to the conclusion that comedy produces spaces of disidentification, and that it can turn hegemony on its head by never upholding the status quo. The patriarchy is what we should be wiping our feet on after all. And Zuzanna Czebatul‘s doormat Dirty Boots (2020) lays it out for us. It’s time to get that shit off your shoes.